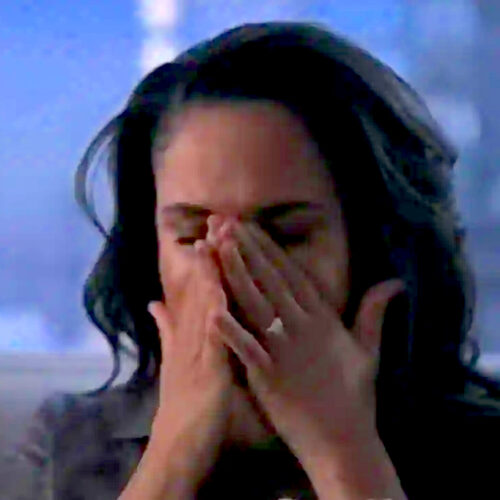 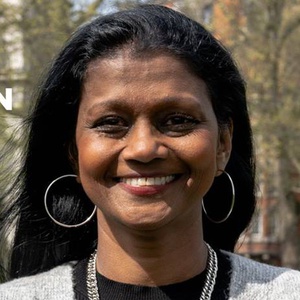 TAKE A LOOK around you. Take a really good look at the people you know, meet and come across every day. Look at your family, friends, the people at your pub, post office, supermarkets, at the bus and taxi drivers and the companies and organisations near you. Take a moment also to remember our late Queen and her decades of selfless, dedicated service to our country.

Do you view our country through the same race-tinted glasses Meghan and Harry insist on wearing, or do you believe, as I do, that race, skin colour and ethnicity are not the cause of every slight and offence, imagined or otherwise?

Whose view of the United Kingdom do you trust and believe in? Yours or the distorted one of Meghan, her supporting cast and her loyal entourage?

One cannot help but wonder if Meghan is the one calling most, if not all, of the shots. What the starlet says, goes. Meghan is the self-appointed, self-directed, leading star of her big budget, narcissistically–scripted, home movie. A minor-league former actress, playing the role of her lifetime, in a horror movie that no decent, self-respecting Hollywood producer would want to take credit for.

Where Meghan goes, Harry dutifully follows, trailed closely behind by the venomous ‘Sussex Squad’. Dare to disagree with Ms Markle’s view of Britain and you can expect to receive drivel like this. 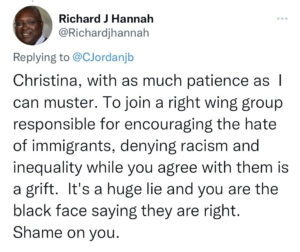 While people in the UK, Commonwealth and the rest of the world, who respected and admired our late Queen, were worrying about Her Majesty’s illness and her increasing frailty, the Sussex royalty were planning more attacks on a family and institution that has supported and cared for them, and a country that looked upon them with fondness and affection, until it became obvious those feelings were not reciprocated. Their dreadful and indulgent sobfest on Oprah Winfrey’s show was never going to be enough for the woeful duo. Now they have had a well-constructed podium erected to launch more attacks in return for thirty pieces of silver.

What they fail to realise is the ground they have enthusiastically built their platform on is located on a fault line. Their stage will eventually come crashing down around them. But, it will not be the cheers and jeers from some that will hurt them the most – it will be our pity that will be hard to stomach. Two people, who could have done so much for, and in, our country, opted for a destructive, albeit lucrative, path.

Our homegrown, anti-Royalists are not finished in their quest to bring as much hurt and damage as they possibly can to our monarchy, institutions and country. They are not yet done with trashing our image, reputation and good works here at home and abroad. The beast they have cynically unleashed still needs feeding. Their pair of Made in the USA race-tinted glasses and the establishment of their exclusive We’re-Royally–Offended Club have bought them a life of Californian luxury. But that is by-the-by because there are treasures aplenty from those victimhood mines and they cannot stop digging until they have completed Meghan’s Mission.

Does Ms Markle have political ambitions? Something she cannot achieve in Canada, and never would in the UK. If so, then where better to place your hat than in post-Floyd USA, where you can get very, very far on the race–bandwagon if you are in possession of the right travel tickets. She appears to have enthusiastically clambered on this runaway train with a Prince who is willing to sacrifice his father and brother in their ambitious quest for money, influence and power.

With their ‘Access All Areas’ pass, courtesy of the Royal titles bestowed upon them without prejudice, they are on a one-way journey that can only take them further and further away from the United Kingdom.

The web these two have woven around them, under the Californian sunshine is big, sticky and deceptively enticing for visitors. It is also a physical barrier between them and the majority of us in the UK who have had to look silently on in dismay, disappointment and horror at Meghan’s breathy-voiced performances and Harry’s complicity in his wife’s torched UK-earth agenda. But many of us will not sit quietly by anymore. We have had enough of chancers, race grifters, ne’er–do-wells and the Meghan & Harry Co.

Those royally cheesed-off at accusations of racism only hold these people in contempt. We cannot afford to remain silent. Allowing their brand of toxic narrative and vindictive monologues to go unchallenged is not an option anymore and it is heartening to see past and present Royal correspondents, media personalities and historians coming to the defence of our country and the Royal Family. It is now time to choose which side of this ocean of divide you want to be in. Do we stand four-square behind our country, her good name and our centuries-old institutions – or should we indulge a spoilt couple spouting all the right words and phrases from the Critical Race Theory handbook?

Throwaway terms like “unconscious bias” and “white privilege” belong in the ocean that stands between us and them. Meghan and Harry must believe they are far too important to play second fiddle, and our Royal Family and country are being made to pay the price for their delusions of self-importance.

Christina Jordan @CJordanjb was born in Malaysia. She arrived in the UK in 1985, trained and worked as a registered general nurse before working for British Airways as cabin crew in the nineties. In 2019 she came out of retirement to be elected as a Brexit Party MEP for South West England. She is married and has 2 grown-up children.