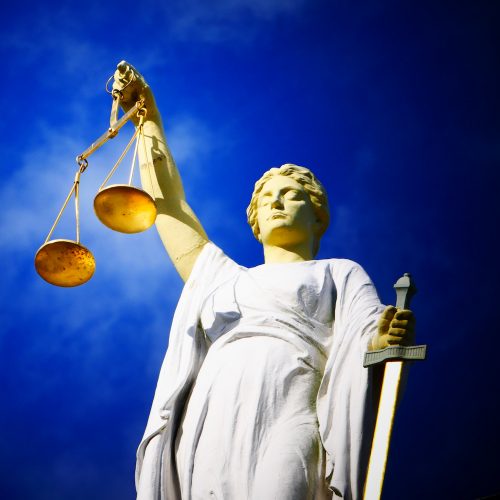 PERHAPS more than any other case of those I’ve dealt with in the past year, that of Lisa Keogh, final year law student at Abertay University, immediately leaped out. I spoke with her that same day and it was evident from the off that Abertay had bungled.

Lisa, a mature student and mother of two, had been placed under investigation by the University for daring to challenge woke orthodoxy in a seminar on gender, feminism and the law. Among other things, she defined women as having vaginas – a “trans-exclusionary” definition, to use the jargon – and said biological women shouldn’t have to compete against biological men in contact sports. It was heresy and several students complained.

Where Abertay went wrong was not in investigating the complaints – it probably felt it had to do that – but in drawing the process out for two months so it coincided with Lisa’s law finals. At the beginning of this week, the Student Disciplinary Board dismissed all the complaints. Apparently, it is okay to express gender critical views in law seminars at Abertay.

It’s also okay in the work place, according to the judgement of the Employment Appeals Tribunal in the Maya Forstator case.

“This is a landmark decision. Gender Critical beliefs are [a] protected characteristic.  Those who hold and express those beliefs are protected from discrimination. It is a comprehensive reminder of the liberal principles of freedom of speech and thought that underpin our democracy.”

The Forstater verdict leaves the door open for women who believe they have been discriminated against for their gender critical beliefs to seek restitution in the courts. Daly went on:

“…many Gender Critical people – overwhelmingly women – have been the subject of personal abuse, threats, the loss of jobs and livelihoods and even physical assault.  This has been referred to as occurring on “both sides” of the discussion.  But… overwhelmingly it appears that Gender Critical women have borne the brunt of it. Those women now have their legal protections affirmed in law… The labels of transphobia, hate and bigotry have been misapplied to suppress the debate around sex and gender.”

His comments could easily have been written about Lisa Keogh’s case. The same smears – transphobe, bigot, hate speech – were used by the complainants in her case.

It has not been a good month for those who want to portray women with gender critical beliefs as beyond the pale. Stonewall, which was originally created to champion gay rights, has now alienated several of its founders, so militant has it become in defence of hard-line trans orthodoxy.  The University of Essex published a report into its own equalities policies after two no-platforming incidents occurred and concluded that Stonewall had provided them with flawed legal guidance about whether the Equality Act 2010 prohibited the expression of gender critical views on campus.

In brief, Essex University, like the Employment Tribunal whose verdict Forstator was appealing, interpreted section 26 of the Equality Act, which imposes a legal duty on universities and employers to protect people with protected characteristics from harassment, as meaning they were obliged to curtail the expression of gender critical beliefs. But the Equality Act also creates an obligation not to discriminate against members of a university or employees on the basis of their religion or belief, which includes gender critical beliefs. So universities and employers have to balance these two obligations; they cannot always side with trans activists in these disputes.

At First Minister’s Questions on Thursday, an hour or two after the Forstater verdict, Nicola Sturgeon reaffirmed her government’s support for Stonewall. It was Nero-esque. Peter Daly made clear the Scottish government needs to pay more attention to the verdict:

“Even organisations who do not consider themselves engaged in this debate need carefully to inspect their actions and policies to determine whether they have  become institutionally discriminatory towards those who dissent from Gender Theory. The Scottish government has a range of policies, starting with the pending hate crime legislation, which need to reviewed.”

If alarm bells are not yet ringing in St. Andrew’s House, they certainly should be.

This brings us back to the case of Lisa Keogh. From those initial meetings I held with her, it was plain she was being put through this ordeal for the substance of what she said and not her tone, as Abertay claimed when the case started getting national press coverage. When she told me they’d asked her at the first investigatory hearing whether she’d defined a woman as someone born with a vagina – as if that was an extremist view – I was astonished.

After being informed she was under investigation, Lisa was cross-examined openly on a range of subjects during the hearings. The investigators put to her the following: that she had referred to women as the weaker sex, that she had said “I can’t agree that a biological man is a woman”, that she “defined being a woman as the ability to menstruate” and that she “shouted” at the class after fellow students had called her young sons rapists (on the grounds that all men are rapists). Several other questions were asked – almost all related to the content of Lisa’s speech and not her method of delivery.

It takes fearless individuals to drive real societal change – such as Lisa Keogh, Maya Forstater, and Marion Millar, the Scottish feminist currently facing criminal charges for expressing gender critical beliefs. Joanna Cherry QC, the SNP MP, has also been brave, standing up to her party on this issue and going on the record to defend Lisa, among others.

The hundreds of supportive messages for Lisa has been heartening. There is an army of people here in Scotland and across the world who are appalled at the demonisation of those women who dare to disagree with the trans activists.

Abertay last week did the right thing and found Lisa Keogh had no case to answer. The biggest disappointment was that they felt the need to take the allegations seriously rather than suggest mediation or advise students and lecturers of their duty to uphold freedom of speech under Article 10 of the European Convention on Human Rights.

That decision and the Forstater verdict sends a clear message to participants in the ongoing debate about where to draw the line between trans rights and sex-based women’s rights – that it can be conducted in a mature, grown up way, without one side being written off as purveyors of hate speech. The role of universities and employers is to be the keepers of the ring, not to side with trans activists and silence their opponents.

In light of these cases, employers and universities should urgently review their equalities policies to make sure they are not biased in favour of the trans side in this debate. Those that don’t get their house in order quickly enough could very well find themselves before a judge.

Image by Edward Lich from Pixabay

Fraser is Director of Case Management at The Free Speech Union.

Scotland’s ban on Conversion Therapy must not fall short

Fifty shades of grey – all pain but nothing sexy

Why British is best

Why Ex-forces personnel have the skills for creating great businesses

This is not what the country voted for

Why we must protect protests at Holyrood

The futility of 'net zero'

Is 'save the planet' fake news made-up to damage trade deals?

How America's political elite turned on its own people