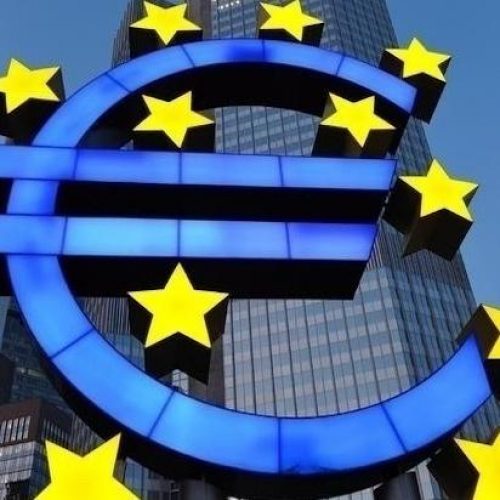 Exposing the truth about Scottish exports

SORRY, but we need to talk about Scottish exports. The stuff we throw over our border is being used by all political parties to bounce us into supporting their positions on Brexit. Project fear is alive and kicking, denting every concept of truth.  Vote this way and jobs will be lost, vote that way and we will lose market share.  We can only make sense of the Scottish political class talking nonsense, if we have a basic grasp of the core export facts; so, let’s take a look!

In 2017, total Scottish exports were £81bn[1]; 18% went to the EU, 22% outside the EU and a whopping 60% travelled just over the border to England, Wales and Northern Ireland (an economic region called rUK). With a ‘hard’ Brexit now a possibility on  the 31st of October, it’s worth reviewing our European exports in greater depth. The table below shows Scottish EU Exports split by sector between 2002 and 2017 and the difference between those years[2].

(As a £ in 2002 was worth more than a £ today, the inflation adjusted figures for 2002 have been included to show trends [3]. Note that these figures exclude oil and gas.)

So, what does this table tell us? Firstly, overall Scottish exports to the EU have fallen by %16 since 2002. That’s a real stinker as it shows the EU is a shrinking market for Scotland regardless of Brexit. Manufacturing has seen the steepest fall, down by a whopping 34%. You won’t hear our political class discussing the fall in manufacturing; it’s the Father Jack[4] of the economy…fed occasionally when a shipyard is threatened but generally ignored as it fades away in the corner.

The other sectors of the economy exporting to the EU are not expanding fast enough to pick up the manufacturing slack, hence the overall fall. The service expansion is encouraging, however, It should be remembered that no EU single market exists for services; they should be robust enough to survive any change in our relationship with the EU.

When our politicians discuss the impact of Brexit they often raise the impact upon Agriculture, Forestry and Fishing. But take another look at the chart above, this sector is a tiny proportion of our total exports. Yes, it is expanding but from a very low base in 2002. Tariff barriers would impact this sector the most but changes to the rUK market could compensate for any reduction in EU trade.

Scottish exports to rUK are expanding both in value and as a percentage of total exports, this is unsurprising given that it’s easier to trade with your neighbours. Scotland is selling 3x more produce into rUK that we are into the EU. Ireland however is doing much better[5], selling 4x more food and drink than we are! Here lies the short-medium term opportunity for Scottish exports. If the UK starts trading with the EU using tariffs, Scottish produce would look much cheaper on English shelves than Irish produce. Our trade and marketing strategy should reflect this obvious opportunity but Scottish Government  literature ignores it, being unremittingly negative on Brexit[6]. The Irish government estimates that this pattern shift could cost their country 85,000 jobs [11] which represents a huge opportunity for Scottish exporters.

Scottish manufacturing exports into rUK are also falling but at a much slower rate. Increased competition from the oceanic basin is one reason but increased energy costs (twice those of China[7]) and poor adoption of technology are others. Labour shortages should be seen as opportunities to innovate and automate to increase productivity. It has however been much easier for our political class to blame Brexit and immigration. They don’t won’t to know that the economies of Poland/Bulgaria/Romania are improving at a faster growth rate than ours[8]. Eastern Europe does not owe Scotland an endless supply of cheap workers. It’s time to train our own and make more of the resources we have.

Scotland has 31,000 unemployed young people [9] and we have the highest imprisonment rate in western Europe[10], with 8,000 people locked up. Much more should be made of this labour pool before taking the lazy option of immigration.

Utility exports from Scotland have grown significantly since 2002 but there may be a sting in the tail. Much of this is growth is down to renewable energy exports over the border but these renewables are responsible for our current high energy costs.  Renewables suck £520/year/consumer[12] from the Scottish economy and short change our manufacturing sector. As the UK moves into a global more competitive marketplace, will these high energy costs still be affordable and would an rUK separated from an independent Scotland still want to pay this high price for Scotland’s energy?

Let’s now look at the rest of the World

Scotland’s export story outside the EU looks much cheerier than in the EU, up 26% since 2002. Much of this growth is in the USA where Scotland exports more than to any single EU country[2]. The view from the top of the ‘catastrophic cliff edge Brexit’ starts to look more attractive when we recognise that Scotland already trades internationally and successfully on WTO terms (e.g. there is no trader deal with the USA).

This international growth is despite the poor relationship the Scottish Government has with the US President. Trump’s Scottish heritage and business connections here represent an open door of opportunity, if only our political class would swallow some pride and take one for the country. The Scottish Government’s Trade strategy manages to wax lyrically about the need to use Scottish contacts abroad, without even mentioning the US President [6]!

The export figures reveal that Scotland can survive an October Brexit by expanding further into our existing growth markets of rUK and North America. Personal insults thrown by the Scottish Government at both at the US President and the next leader of the UK Government will hinder the expansion of Scottish companies.

By endlessly obsessing on the risks, at the expense of the opportunities, out political class will drive our country into a depression. We as businesses and exporters need to shake up the Scottish Government and tell them to have some faith in Scotland’s excellent products and services. The Scottish economy can thrive post Brexit, I can’t say the same for the current political class at this critical time, Scotland badly needs more patriots and fewer partisans.

Calum Miller exports software services world-wide from his company based in Scotland.

Scotland’s ban on Conversion Therapy must not fall short

Fifty shades of grey – all pain but nothing sexy

Why British is best

Why Ex-forces personnel have the skills for creating great businesses

This is not what the country voted for

Why we must protect protests at Holyrood

The futility of 'net zero'

Is 'save the planet' fake news made-up to damage trade deals?

How America's political elite turned on its own people